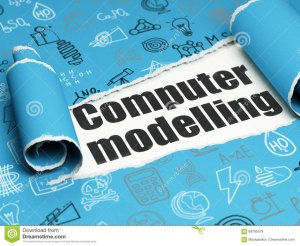 This is an article by Thaddeus Michaels (not his real name), who is a data scientist.

As a data scientist, I have a huge amount of respect for anyone who takes a quantitative approach to tackling a problem. Statistics, data analysis – even forecasting and modelling – are there to bring a sense of scale and proportion to a problem, which verbal reasoning often struggles to provide.

But what is becoming apparent in the Covid-19 debate is that quantitative analysts are profoundly unaware of biases in their own reasoning, which clash with the basic anecdotal evidence people are seeing with their own eyes.

When quantitative analysis clashes with anecdotal feedback, this very often means there is something wrong with your quantitative problem formulation – perhaps a false assumption, or a missing variable, or an error in one of the inputs.

It is clear now that various things are happening which contradict the ‘mainstream’ position of epidemiologists. The most obvious is the total lack of evidence of a second wave in places that have largely pulled out of lockdown.

London has seen packed tube trains now for several weeks. Many people aren’t wearing masks. People flout lockdown restrictions for private gatherings, or huddle together in parks for picnics with other households. Anyone with a pair of eyes can see this.

And yet the antibody tests come back and say only 20% of Londoners have been infected. But herd immunity requires 60% to be infected!

The quantitatively minded researcher says: this antibody test is well-designed, well-sampled, and the statistic has been rigorously calculated.

What that same researcher should also be saying is: even if the test has been conducted correctly, is it possible that for whatever reason this is not capturing the thing I am trying to measure.

Much of the pro-lockdown analysis proceeds on the basis that it is a very good proxy for both of these things, and that we are sleepwalking into a second wave.

Moreover, the magic 60% figure is calculated on the basis of the famous R0. Measles has an extremely high R0 of ~15, which means over 90% of the population must be immune for herd immunity to be attained.

But R0 is a badly specified measure – it is very widely distributed (many infected individuals infect zero other people, and some superspreaders infect 100+), it changes continually over time, and it is strongly influenced by contextual factors. Given that many of these contextual factors (social distancing, wearing of masks, public perception of danger, weather) are continually changing themselves and are locked into a feedback loop with the spread of the epidemic, it seems completely impossible to ever pin R0 down in the middle of an epidemic.

So we have a herd immunity target, 60%, based on a number we know to be extremely unreliable.

And we have a measure of progress towards that target, the antibody tests, which may not fully measure that progress.

And we have anecdotal evidence (and indeed statistical evidence – deaths, hospitalisations) staring us in the face that contradicts the mainstream analysis of these two data points.

Competent analysts should, instead of explaining this away as mischief-making by anti-lockdown trolls, ask themselves why this might be. We now have several plausible explanations:

1. Many more people have pre-existing immunity (or resistance to severe outcomes) afforded by mechanisms other than SARS-CoV-2 antibodies.

3. There could be something wrong with the antibody tests – sampling is extremely difficult to get right; calculating the sensitivity and specificity of a test when no reliable “ground truth” exists is also extremely hard.

Far too much of the debate now descends into people throwing numbers at each other, without considering how flawed those numbers might be.

Update: Hector says: Please keep the submissions coming in, I have a dozen articles I want to write but things are so hectic at the moment with everything that’s going on that there’s plenty of space here for your articles to go up. Also, please help out with donations or a Patreon sub if you can, or at least buy my book, my life has been taken over by Covid (my Twitter page is where most of the recent action has been), and I don’t have any money coming in other than from book sales or donations.