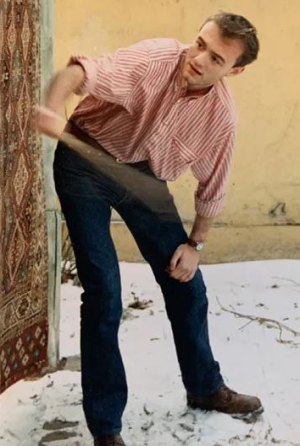 Dominic Cummings has made a terrible mistake. I don’t mean going to Durham, or Barnard Castle. Which may have been mistakes, but they are very minor compared to the real mistake he has made.

The real mistake he has made is that he trusted the chattering classes, and their pet scientists, on the Covid-19 and the lockdown. If Cummings really was the strategic genius he’s supposed to be he’d realise that he’s made an almost fatal miscalculation in trying to please the quasi-religious lunatics who hate him and want him dead. When you’re Mr Brexit you can’t ever placate them. They are your enemy and you have to take that seriously. To them you are Trump, and public enemy number one, and you have a target on your back. To think that you can walk among them, attend meetings with them, talk to their deluded scientists, and think you’ll bring them around, is the sort of stupidity that you were brought in to eradicate. You have become part of the problem you were supposed to be the solution to.

The recent letter from Michel Barnier makes it clear that the Brexit betrayal never went away. It is on, big time. The long extension offered by the EU (the precursor to the eventual overturning, or the eventual soft, soft Brexit) has been approved by the deep state, and the only people in the way are Cummings and Johnson. Get rid of them, and we are back to the compliant, wet Tory party of old, which does what the Deep State tells it to.

If Cummings and Johnson can’t see that they are the targets then the Conservative party is too stupid to survive, and shouldn’t survive. The recent declaration of war by the BBC, in the form of Emily Maitlis’s unprecedented Newsnight editorialising, where she didn’t even hide behind the BBC’s usual pretend objectivity, made this clear. How much more notice do these deluded amateurs need? The government thought they had a temporary truce with the BBC, and the rest of the UK’s leftist media. Did they not understand that a temporary truce between enemies means that the enemy will attack you if you let your guard down?

If the extraordinary media pile-on doesn’t convince Cummings, maybe the naked hostility shown towards him and his family by his Islington neighbours will. I mean, how naïve do you have to be to live in the very heart of enemy territory when you’re the devil incarnate to them? Did he think it’s 1992 and it’s all cool as long as we change the music and hand around some drugs? This is a showdown. A battle for who runs Britain. And Cummings, the super genius who’s supposed to be playing seven-dimensional chess by the fantasists on the internet who think he’s a character from a novel, is living right amongst them, like a comedy honky trying to jive-talk in Harlem. We thought we had Hari Seldon, we got Gene Wilder.

If Cummings had even half a brain he should realise by now the folly of what he was trying to do. He now has two, and only two, paths open to him. The abasement path, or the Daenerys path. The first path is folly. It just leads, sooner or later to annihilation. You will be trodden into the dirt. There is no middle-way compromise, no sitting-on-the-fence path. That just leads to a slower version of the first result. You die or you fight.

Here is the other way. This is the path Cummings must take:

He must eviscerate the lockdown left, and stomp on their bones. At the same time he must crush the BBC. The Maitlis episode means it is the perfect time to do it. No mercy. Burn the left’s house down. Throw the BBC to the wolves. And Channel 4 and Sky News and ITV. Serve notice to social media that it has to cease its censorship. Release the grip on the country that the priestly class has.

Of course he and Johnson can’t do it alone. The Cabinet must be instructed to grow a backbone, and to back Boris or get out. But this is where the unlikeliness of Cummings and Johnson choosing the second way becomes apparent. If they were serious, they would have already got the Cabinet to grow a pair, and would have immediately started a systematic dismantling of the left’s infiltration of all forms of power in the early days of their administration. Instead the government went immediately soft, as Conservative governments always do. Cummings’s main aim after Brexit was not to muzzle the left and free the country, but to set up a super-brain academic institute called ARPA, an idea that you’d expect from Howard Stark, not from the man who is supposed to be the scourge of the left.

The Conservatives will try, as usual, to chart a course for the non-existent middle way, and so this fake conservative administration will, as usual, end in failure, and once again betray the country.