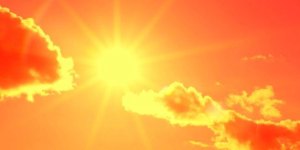 This is an article by Charlie Spedding, whose blog can be found here. Charlie is a former pharmacist. He was also a champion long-distance runner in his younger days. He was the winner of the 1984 London Marathon, and he is an Olympic bronze medallist.

Media attention has been focussed firmly on the misdemeanours of Dominic Cummings recently. As the calls for his sacking continue, we are in danger of missing something far more important. Boris Johnson clearly finds Mr Cummings’ input extremely valuable to his government and does not want to lose his adviser for the sake of a car journey. I believe the crowd is going after the wrong man.

The person who has the most serious questions to answer, in my opinion, is not Dominic Cummings but the Government’s Chief Scientific Adviser, Sir Patrick Vallance. His position requires him to provide scientific advice to the Prime Minister and members of the Cabinet and to ensure the quality of the scientific evidence used in policy. His record throughout the Coronavirus pandemic appears to me to be so devoid of scientific input as to be a complete failure of his duties.

It has been known for many years that high levels of Vitamin D greatly reduce the severity of respiratory infections and is a vital component of our innate immunity. Because Vitamin D is produced by sunshine on the skin, our levels are invariably lowest during winter, which explains why influenza is so much more prevalent in the darkest months. Researchers around the world, who are aware of this, have tested hospitalised Covid-19 patients for Vitamin D. An Indonesian study found a death rate of only 4% among people with normal levels. People with insufficient levels of Vitamin D died at a rate of 87.8% and those who were deemed deficient in Vitamin D died from the virus at the extraordinary rate of 98.9%. An American study by Dr Eric Hermstad showed that death or serious illness invariably occurred among those with Vitamin D levels below 25 nanograms per ml, which is 5ng/ml below the national average. Nobody who was admitted to hospital, in his study, had a Vitamin D level above 40ng/ml, suggesting that this prevented hospitalisation.

As far as I am aware, Sir Patrick Vallance has never mentioned the hugely important effect of Vitamin D in his pronouncements or advice to the Government. He said nothing when the police were preventing people from sitting in the sunshine on a beach or in a park.

Also, the vast majority of deaths in the UK have occurred in older people with pre-existing conditions, especially diabetes and heart disease. These are metabolic problems caused largely by an inappropriate diet. Professor Timothy Noakes in South Africa, Dr Jason Fung in Canada and Dr David Unwin in Stockport have all separately, and clearly, demonstrated that type 2 diabetes can be reversed by the near elimination of carbohydrate from the diet. This is important information because the National Dietary Guidelines recommend a high carbohydrate diet for everybody, including diabetics. Throughout his tenure, I have never heard Sir Patrick recommend a change in the Government’s dietary advice despite growing scientific evidence and ever-increasing rates of obesity and diabetes.

In his official Twitter feed, which displays the banner ‘Government empowered by scientific evidence’, the Chief Scientific Adviser offers very little information. One of his few tweets praises a collaboration between a pharmaceutical company and a major university in search of a vaccine for this virus. He does not mention that it is notoriously difficult to produce a vaccine for a coronavirus. We have no vaccine for other coronaviruses like the common cold and Sars and it is highly unlikely we will have one before Covid-19 has faded away.

Who am I to criticise a Knight of the Realm with his long and distinguished career? I have worked for most of my life as a pharmacist but left my profession several years ago feeling very disillusioned. Too many people were taking medication for metabolic diseases but never getting better. The drugs were treating the symptoms but not the root cause of their illness. I have devoted recent years to researching and writing about the real reasons so many people are ill. Clearly, lifestyle factors are to blame and among them diet has the biggest influence. Tragically, the official dietary guidelines, issued by the NHS and the Government, are a major cause of most of the metabolic diseases suffered by so many people. The pharmaceutical industry benefits from this situation: official advice makes people ill and symptom-treating drugs make those people patients for life.

Something which became very clear in my research was the enormous role of ‘influence’ in the world of health organisations. Vested interest groups work hard to have leverage in the corridors of power. Sir Patrick Vallance is a clinical pharmacologist who has spent most of his career on the development of new drugs for pharmaceutical companies. I know from experience that in the mindset of the drug industry there is a belief that people cannot make themselves well; they can only be made well by the use of drugs and medicine. I do not know but I feel compelled to ask, is Vallance genuinely trying to guide the Government with reliable science or is he there to protect the interests of the Pharmaceutical Industry? His promotion of vaccines, which make profits for the industry, and his avoidance of the benefits of diet and appropriate sunlight, which do not, makes me feel he may well be the latter. I think we need to forget about Cummings and ask Sir Patrick Vallance some very important questions.

14 thoughts on “Charlie Spedding: Are We Chasing the Wrong Man?”