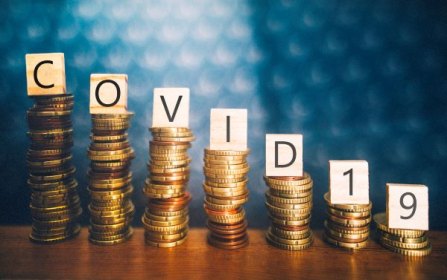 This is an article by Nick Rendell. nick.rendell@gmail.com

When John Ashworth, the Labour Party’s Shadow Health Secretary, was interviewed at 07:35 on September 18th on the Today programme he said “We shouldn’t consider any levels of death acceptable”, and agreed with the interviewer that any economic sacrifice was worth it to save lives.

It isn’t only the Labour party that are caught on the horns of a dilemma, the Government too have allowed the ‘zero covid’ concept to take route with the public. This idea has been egged on by the BBC and others in the mainstream media who have identified that they can beat-up the Government when, pursuing zero Covid strategy, a single person dies or is hospitalised or even tests positive. At the same time, recognising that the country can’t afford a second national Lockdown, the Government are attempting to copy the ‘Lockdown Lite’ policies of Sweden and achieve the degree of ‘herd immunity’ that the Swedes may have reached. Alas, the two strategies are manifestly mutually incompatible.

Something like 50% of all care homes had coronavirus outbreaks in the spring, but that means 50% didn’t! It’s quite possible that many of the residents in the ‘infected’ care homes had some exposure to the virus, so maybe only the 50% in the care homes that escaped first time around remain at risk. Still, that’s 210,00 people, so if there is a similar outcome to last time that could mean headline figures of 15,000 or more deaths of care home residents.

In areas of the country such as the South West and East Anglia deaths have been lower than in the big cities. It may be that outside of the cities people remain largely Covid free, but there is unquestionably still a lot of ‘dry tinder’ out there that could be consumed in a second wave. Pursuing a zero Covid policy is a fool’s errand.

Whether there will or won’t be a second wave is probably in the lap of the gods (Ref 1), however, how the UK should prepare and respond to it is the critical question. Various studies (Ref 2) have questioned the efficacy of Lockdowns as an effective tool of suppression. Some indicate as evidence Peru, which has the dubious honour of having the highest deaths per head of population and one of the longest and harshest Lockdowns, and Sweden, which had a relatively light Lockdown and fewer deaths per capita than the UK.

Indeed, whether Lockdowns work or not may be a moot point if you accept Sir Patrick Vallance’s statement that a Lockdown only defers deaths. It can be argued that if deaths are deferred for long enough the arrival of a vaccine will mean that deaths are indeed averted but, like Godot, the vaccine may never arrive! The flu vaccine is often not particularly effective and vaccines tend to be less effective with older people. Winter excess deaths in 2017/18 were over 50,000, mainly caused by flu and respiratory illnesses and this was when we had a vaccine. On the same edition of Radio 4’s Today programme mentioned above, Matt Hancock, the Minister of Health, set out the Government’s strategy as being to suppress the virus until a vaccine arrived. The sad truth is though, that even with a vaccine Covid will still in all likelihood linger as a seasonal killer, much like flu, we will still have to learn to live with it.

One thing that does seem certain is that Lockdowns have a real cost in terms of:

One thing that greater knowledge of Covid does make possible is a reasonable attempt at a cost/benefit analysis. Such studies have already been attempted (ie Ref 5). But, perhaps we should have looked at it from the other end of the telescope, rather than ask ourselves how much has it cost but ask how much are we prepared to spend to avert deaths?

At the risk of using a cliché, Oscar Wilde had Lord Darlington in Lady Windermere’s Fan say; “A cynic is a man who knows the cost of everything but the value of nothing”. Well, the reaction to the coronavirus is turning this aphorism on its head – increasingly it is apparent that sceptics and cynics are the only people who are prepared to look at both the cost and value of the economically disastrous policy pursued by governments across the world.

Let’s try and put some numbers to this. NICE (National Institute of Clinical Excellence) have for some years approved the expenditure of about £30,000 (see Ref 6.) to extend an individual’s life by a year through medical intervention. NICE, amongst others, use the term QALY (Quality Adjusted Lost Years). A QALY is in general a year of lost life. It follows that for an 85-year-old with, say, the possibility of extending their life by two years the NHS might be prepared to spend £30,000 x 2 = £60,000 on saving this person’s life. A child of five with eighty years of potential life ahead might justify the spending of £30,000 x 80 = £2.4m.

This concept of QALY has served us fairly uncontroversially for a number of years. Perhaps we should ask why abandon it now? Perhaps we should use this measure as our guide for what is a reasonable level of resource to dedicate to averting deaths.

The reaction to the initial phase should now be regarded as a sunk cost, the economy will recover more or less over the coming months or years. The question now is what to do in the immediate future to avert or respond to any second wave.

The CDC (Centre for Disease Control and Prevention in the US) has produced a table that estimates the IFR (infection fatality rate) for people in 4 age bands; 0-19, 20-49, 50-69 and 70+ (Ref 7). If we apply these rates to the UK population and then multiply these rates by the susceptibility of the population to Covid we should be able to have a fair guess at how many people in each age band are likely to die of Covid-19. This of course presupposes that we know the level of susceptibility. The following table calculates the resultant deaths at three levels of susceptibility: 80%, 50% and 20%. There is evidence supporting each level of susceptibility.

We then subtract the numbers that have died already to find the residual level of potential fatalities, calculate the QALY for each age band based on the average age of the likely fatalities within that age band, and finally multiply the total QALY by £30,000.

Using this method suggests the following level of expenditure would be appropriate to try and save those lives (see Fig 1 for the workings-out):

It’s perhaps just worth looking at what we have spent trying to save lives.

If we’d had ‘Lockdown Lite’ might we, like Sweden, have got away with a similar death toll but a 50% lower economic hit, something like £100bn? If you believe that having a harsher Lockdown than Sweden saved lives then you could divide the £100bn Lockdown Lite saving by the additional lives lost and calculate the cost we incurred by ‘saving’ those lives. So, if you think we would have had 10,000 more lost lives by Lockdown Lite then it follows that each of those ‘saved’ lives cost the UK taxpayer £10m. If you think we saved 50,000 lives due to the harsher Lockdown then we spent £2m per life saved. We’ll never know!

Of course this all ignores the QALY of the unfortunate 80,000 or so who look like they’re going to die as a consequence of the Lockdown rather than be saved by it. But, like everyone else I’m going to ignore them in my calculation.

Let’s suppose that we took the mid-range sum of 50% susceptibility, which would result in a further 291,846 deaths. The model suggests we should be prepared to spend £65bn trying to avert their deaths. What would we do? Well, track ‘n’ trace, furlough, sanitoriums, subsidising care home virus security, vaccine development and implementation, a whole host of practical measures, these are all possibles, but we shouldn’t just commit to open spending regardless of the consequences. This article wasn’t intended to offer any solutions, just to suggest a way forward that had a comprehensible rationale. I think the results look fairly reasonable.

5 thoughts on “Nick Rendell: How much should we be prepared to spend to reduce the excess deaths from Covid 19?”