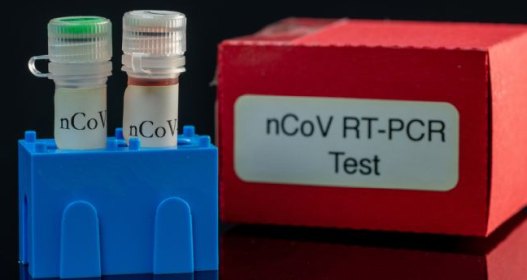 I’m going to take a closer look at the Covid/SARS-CoV-2 PCR test, starting with this post in which I provide a basic introduction as to how a PCR test works.

The long name for it is a polymerase chain reaction test. The inventor of PCR was Kary Mullis in 1983 (he won the Nobel Prized for it in 1993), but it was originally invented not as a test, but as a way of creating more copies of a piece of DNA. Before long, though, this technique was turned, by others, into a test for the presence of a piece of DNA by using radioactive isotope markers, but eventually these were replaced by fluorescent dyes that can be more easily detected by instruments. PCR has long been a standard and common technique in molecular biology labs.

The short explanation of what happens in a PCR test is this. First a swab or sample is taken from a part of the body where a virus is likely be found, like high up in your nose. This sample is then treated with a few chemical solutions that strip away things like fats, proteins, cells and salts. It also opens up cells and virus coatings, but leaves intact any nucleic acid, ie. RNA or DNA, that is present.

Then a ‘reaction mix’ is prepared, which performs a few jobs. One such job is to convert any RNA present into DNA. This is done because PCR only works on double-stranded DNA, not single-stranded RNA. Some viruses, however (such as influenza, rhinoviruses, and coronaviruses) are comprised of RNA, so an extra ‘reverse transcription’ step is added in such cases, where a ‘reverse transcriptase’ enzyme is added to the reaction mix to convert the RNA into DNA. DNA that is created in this way is called ‘complementary DNA’, or cDNA. This sort of PCR test is called an RT-PCR test (where the ‘RT’ stands for ‘reverse transcription’; confusingly the phrase ‘real-time’ is sometimes used in this context, so this is usually shorted to ‘r’.).

In addition, short, specially prepared DNA fragments called ‘oligonucleotides’ or ‘primers’ are added. These fragments are designed to be able to pair up with specific segments of the SARS-CoV-19 virus (once that segment has been converted to DNA). The SARS-19 genome has been available since January to study, so an appropriate section can be picked out as the target, and the oligonucleotides designed to match them.

These oligonucleotides, it should be noted, can be checked against the BLAST database (the ‘Basic Local Alignment Search Tool’), which contains records of many DNA sequences, allowing the researcher to check whether the target DNA sequence is on record as existing elsewhere in nature.

For the process to work the mixture must be placed in a PCR machine, which heats and cools the mixture in cycles. The temperature changes cause biochemical reactions, in which the oligonucleotides (ie. the added DNA segments) pair with the target segment of the virus DNA, if it’s there. If the target DNA sequence does not exist in the sample, then no pairing will take place, and the test will end up negative. But if the virus is there, or, more strictly, if those target sections of the virus are there, then the oligonucleotides will attach to the target sections of the virus.

More cycles are run to continue the doubling process. After 20 cycles each original strand, assuming the doubling happened each time, will have been replicated about a million times. After 30 cycles, a billion. After 35, you’re looking at around 34 billion copies.

So the end result is that you will end up with a lot of copies of the SARS-CoV-2 virus segment, if it was there originally. But, you may be wondering, how does the test detect the virus? Copying it is one thing, notifying us that it’s present is another. Well, some of the added DNA contains genetic material that causes the results (if there was a match and the pairing happened) to release a fluorescent dye. If enough copies get made this light is detectable by scientific instruments. So this is how the test can determine whether the virus is present: if, after (or before) the requisite number of cycles has been run, the instruments can pick up the fluorescent light, then the test is positive.

(Anyone with an actual background in biochemistry is welcome to add comments, whether corrections or additions.)

In the next post in this series I’ll take look at some of the issues with the test.

8 thoughts on “A basic introduction to the Covid PCR test”