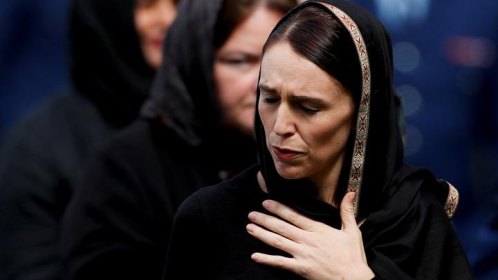 I supported the initial national lockdown and move to quarantined borders. Over the last six months the situation has changed markedly in four respects:

The experts you are relying on are making catastrophic and ridiculously overcautious mistakes, and it makes sense that they would, since all their incentives are to overact, their livelihoods are secure, and they will suffer no reputational damage due to their conservative miscalculations – only under-calculations seem to matter in epidemiology.

Let me tell you whose livelihoods are at risk though, the four families my business supports, and all young people who are having their futures cruelly curtailed. This cannot continue. GDP and health outcome have a causal relationship, and this wanton destruction of the economy through fear and lack of certainty is going to kill tens of thousands of NZers over the next fifty years, taking millions of QALYs off all our lives, and even then we’ll eventually have to deal with this virus like adults anyway in the next year or so.

No one, including the media, seems to be asking the pertinent question: Does what we are doing make sense?

History is going to judge the world’s reaction to this virus (including our reaction) for decades, if not centuries, with complete disbelief. How could people hurl themselves into a global depression that will negatively effect an entire generation, over something, that while deadly and terrible, is so benign compared to the actions they have taken.

What we need now is leadership. Actual leadership. Actual leadership is not aping other countries, it is not running around burning down the country to reduce deaths due by one cause, it isn’t even communicating well. Actual leadership is making the obvious but hard and politically risky decision, by telling New Zelanders the increasingly obvious truth, that this virus has been let out of its bottle, that everyone in the country will have to face it at some point and in some form. Anything else is an unethical calamity via the use of force on healthy individuals, and for the elderly and ill it is really immoral trying to delay this – as the chance of death increases exponentially with age. But the good news is that the virus is not as bad as we feared, that it is serious almost exclusively to a very visible and small minority of the population who we can protect via preemptive quarantine, and that if you are under 65 and healthy you have less to fear than many, many other risks you take in your daily life and that for you, your life should have always gone on as normal.

Prime Minister, if you fail to reverse course, then everything you do from this point on for the rest of your life will be judged a failure, and you will be remembered, quite rightly so, as one of – if not the – worst, Prime Minister in our history, who frittered away our sense of ourselves and our liberties because you couldn’t, with a calm head, accurately weigh risk and reward and decide the right thing to do for our country.

I implore you all in copy, someone be the grown up here and start to save our country from fear and panic. This is not what our species or our country is. We are not static and cowering irrational hysterics, we are innovative, bold and proud people who face our problems head on, adjust and move forward with confidence.

12 thoughts on “Jeremy Harris: A message to the NZ PM”